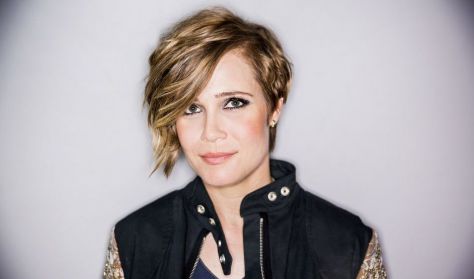 A Concert from America – this could be the title of the program, as this time, the protagonists will be three iconic figures of American music writing, a conductor born in California and an American-Canadian violinist. The evening will start with a piece by William Grant Still, the “doyen of Afro-American composers” and an iconic figure of symphonic jazz, and continue with the Violin Concerto of John Adams, one of the greatest composers post-Steve Reich. We could hardly find more authentic performers for the latter than Leila Josefowicz. She collaborates in person with the composer and David Robertson, who made three recordings from Adams’s oeuvre as the musical director of St. Louis Symphony Orchestra. Following the concerto with an “endless melody”, the program will conclude with the king of musical references, the symphony of Charles Ives, displaying the most bizarre final chords in the history of music.

Although Gershwin is the first composer to come to mind when thinking of early 20th century American works combining jazz with symphonic music, several other artists of the era also produced significant milestones in the field. African-American William Grant Still successfully blended European composed music with genres of African roots and managed to draw the appreciation of the profession. Several of his compositions were inspired by the relationship between African Americans and society. In his symphonic poem entitled Darker America, the wavering theme introduced by the strings recalls the journey of his own people, and is then extended by the themes of “sorrow” (English horn) and “hope” (brass).

“Anyone who wants to become familiar with contemporary music should listen to this”, recommended Kristóf Csengery John Adams’s Violin Concerto composed in 1993. The composer had to overcome several obstacles before starting this piece. As he had no deep knowledge of the instrument, he needed the help of a violinist, which was provided by Jorja Fleezanis, who was also the soloist at the premiere. In addition, he thought a concerto needed some melody, while he had been writing music without melodies for years. Eventually, he could overcome this obstacle as well and completed the “hypermelodic” Violin Concerto. After the dreamlike rhapsody of the first movement, the violin hovers around the musical fabric of the orchestra like a ghost and then the concerto concludes with a virtuoso, almost motoric finale.

Ives composed his second symphony at the turn of the last century between his first, a European composition to the last note, and his third, an entirely American piece. The premiere half a century later was a huge success. However, the composer, who was listening to the concert on the radio, only silently spat when the ovation started. He was just like that: he didn’t care for success. In the five-movement composition Ives alludes to the simple American songs, marches and hymns of his childhood, as well as melodies by the greatest masters of European music (Bach, Beethoven, Brahms, Wagner etc.), however, always creating original music from them. The pleasantly melodic piece concludes with unexpected and harsh dissonance.