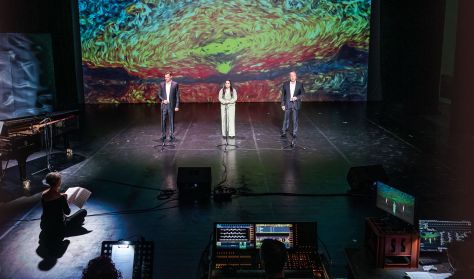 Since the opera was first conceived four hundred years ago, tens of thousands of works have been written in the genre. Not all were or could be successful: even the majority of the pieces that were written in gilded gold in 1884 by our noble predecessors when building the Opera House are no longer played or even known. In this series, the Opera’s new generation of singers is targeting this collection of works that were once successful and were therefore considered valuable at the given time but lies outside the boundaries of the central repertoire. The pieces are brought to life with the use of piano cross-sections introduced by professionals in the field, as a kind of delayed Opera Wednesday held on Saturdays. The Treasure Hunters series will also be available on the Opera’s social media sites.Pieces1. Händel Rinaldo2. Weber Oberon 3. Rossini Le comte Ory4. Donizetti Viva la mamma5. Delibes Lakmé 6. Janáček The Cunning Little Vixen 7. Weill Rise and Fall of the City of Mahagonny 8. Ferenc Farkas Csínom Palkó