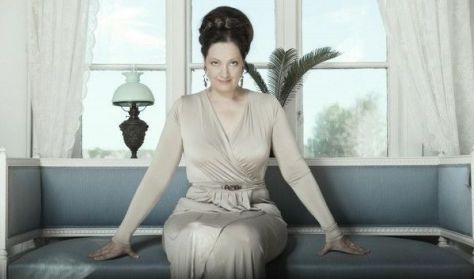 This concert offers a chance to do this, with a performance of the rarely heard first oratorio by the creator of The Creation, which is performed at Müpa Budapest's New Year's concerts from year to year.

When a composer has created a masterpiece in a given genre, their achievements immortalise their name and work, which we preserve in our memory and compare to everything else. What is even more interesting is to get to learn about their initial steps in the area in question and find out what their earliest attempts were like. This concert offers a chance to do this, with a performance of the rarely heard first oratorio by the creator of The Creation, which is performed at Müpa Budapest's New Year's concerts from year to year.

Haydn did not compose his first oratorio until 1775. Then, at the age of 43, he wrote his Italian-language oratorio Il ritorno di Tobia to a libretto by the brothers Giovanni Gastone Boccherini and Luigi Boccherini. The work - his most extensive and demanding piece thus far - was performed a total of three times during his lifetime, all three at concerts of Vienna's Tonkünstler-Societät. The first was during the year of its creation, with a large cast and orchestra and with great success. The second staging took place in 1784 - a notable evening in that in all likelihood it marked Haydn's first meeting with Mozart. The third and final time Il ritorno di Tobia was included at a concert of the Tonkünstler-Societät was on 22 December 1808. On this occasion, the work found a major rival, as this was also the evening of Beethoven's famous composer's concert, which featured the public premières of his fifth and sixth symphonies and his Piano Concerto No. 4 in G major. With leads being sung by Ann Hallenberg, Anders Dahlin, Sophie Karthäuser and Nikolay Borchev, the work will be presented by early music specialists of international renown.The choral and instrumental ensembles performing this production conducted by György Vashegyi will be the two most important workshops of historically informed music performance in Hungary: the Orfeo Orchestra and the Purcell Choir.

This programme has been made possible with the cooperation of the Haydneum - Hungarian Early Music Company.